Posted by Warren Bergen on Saturday, March 31, 2012 Under: Business

Jim reached down to see if there was blood.  The 40 foot drop down to the jagged rocks below hadn’t gone well. His foot stuck out at an odd angle, but luckily the bone had not broken the skin. When he looked down at his broken ankle, his first thought was that he had just ruined his friend’s climb as he would now be a burden.  Jim and Dave were rock climbing outside of El Chalten in the province of Santa Cruz in Argentina. The first few days had gone well. They were rather experienced climbers, but never had dealt with something like this before. Jim’s only option was to tough it out, rappel down where he could, hop where he had to and slide where possible.  It was just before noon and it would be eleven hours before they took a break and get some sleep. Lady luck snapped her hesitant fingers and they were found by other climbers who had a radio.  When further help arrived, teams of four would take turns carrying the stretcher to which Jim was tied. It was a long way back. By the time they got Jim out, over thirty people(including army personnel) became involved in the rescue.

It took Jim over an hour to tell the whole fascinating story. One of the two things that struck me as Jim told the story was that he was still completely thrilled with his excursion. When he invited me to talk about the trip, I knew there had been an accident, so I expected to hear how bad things got and how he’d never try that again. But, what I heard was quite different than that. There had been a few great days of climbing in one of most spectacular climbing regions of the world and he would never, for the rest of his life, forget those good days. He then went on to tell me about how great these people were. These perfect strangers in a place so far away, went to incredible, extraordinary lengths to trek him back to safety. Almost all of the people that helped him were volunteers. There is, apparently, something of a bond between climbers.

The other element that occurred to me was how similar his rock climbing adventure had been to his entrepreneurial venture. When he and his partners set out on their adventures, everyone was excited. They were going someplace new, there would be certain paths that certainly no one had ever trod previously. In either case, early skies were clear. The company was offering services of speed and options not previously enjoyed by the market, however, market response did not meet expectations. Jim called me a few years back to see if an investor might wish to get involved.

“Would you invest in a company that is losing money each month with no real plan to profitability?” I asked.

“No.” He truthfully replied.

“You can sell and cut your way out of this.” I said.

What I did instead was create a short term volunteer advisory board to help with the rescue. There is a bond between entrepreneurs as well. The company was 90 days from breaking its legs and we had to act fast. With a combination of cost cutting, contract renegotiation and new sales plans, the company soon broke even and disaster was averted. The great thing was that while the company was in trouble, Jim was never defeated. He simply owned up to the situation, hopped when he had to and slid when he could. He didn’t complain, blame or lie in wait for a savior. He was the kind of guy you want to help. While we offered only opinion and advice, Jim still was the guy who had to make it happen. And he did.

Jim did manage to exit from the company and is looking for his next venture. While investors sometimes lament the difficulty of the exit, they do sometimes forget the risk and injury borne by the entrepreneur.  The pains and losses of the first attempt will make him a seasoned veteran adventurer for the second. Sophisticated investors will recognize that value. 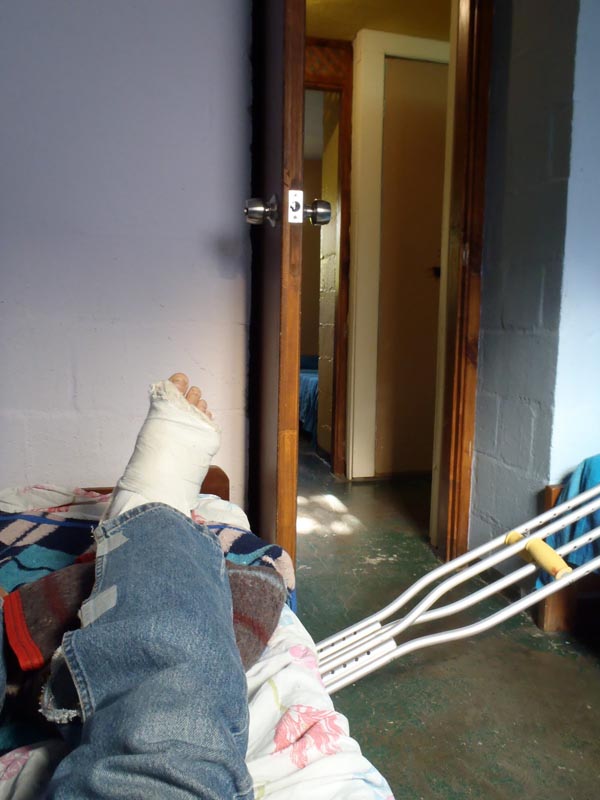 Tags: entrepreneur
« Back to posts