Posted by Warren Bergen on Tuesday, January 10, 2012 Under: Business
Entrepreneurs are the new explorers. Often they do not and cannot know the exact course that they must take to successfully realize their vision, but have the courage to leave shore anyway and I love them. But this post is not about the good entrepreneur, but rather the delusional lunatic. The one that's crazy. Not fun crazy. I mean lost it crazy. Slam-a-fork-in-the-back-of-your-hand-and-wish-it-were-all-a-dream crazy.
. 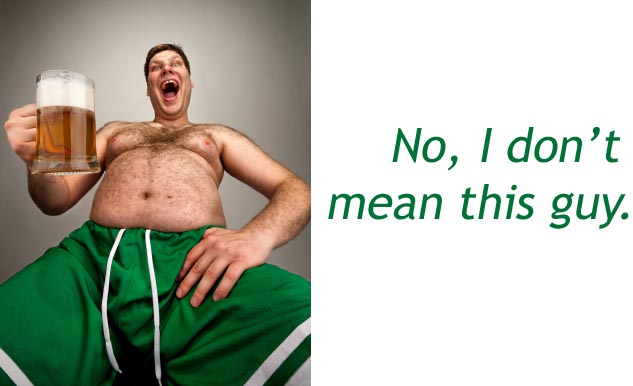 Yes, lots of investors are nuts too, but I'll deal with that in another post. Let me tell you about an entrepreneur I'll refer to as "Simon". What a mind. He was absolutely brilliant. Unfortunately his brilliance was strictly limited to a very specific area of technology. Beyond that, he became a maniacal idiot. His technology was enormously disruptive to the massive petrochemical industry and it didn't take long for an active angel investor to get him setup with some cash and a small board. One investor brought in some team members that could take his concept and make it a reality. Once it reached beta, another investor then tried to setup a meeting with two former C-suite executives from the sector. They were very interested. The interest between them varied between investment, introduction to top level market participants, management and board seats. But first, they need to meet with Simon.

After a ridiculous amount of email and phone calls, he gave up. Simon wanted to get a non-disclosure signed ahead of the meeting so he could talk about the technology. Of course, they wouldn't sign something like that. They just wanted to first meet the guy to see if this as someone they wanted to work with. There was no reason whatsoever to get into the technology at this time. What they already knew was that it was a game changer, so they wanted to talk strategy. Simon had no problem discussing strategy without a non-disclosure, he just didn't want to.

"If they don't want to talk about the technology and do a deal right there, then there is no point in meeting. Find new guys." Simon said.

Realizing that Simon was seriously infected with founderitis, most investors stopped trying to help the deal. Several friends were deeply invested by this point. Most could see Simon was about to crater the company. The team had setup meeting swith the industry giants. Simon would make his presentation. Sometimes, they woudn't get it right away and other members would step in to more clearly explain while Simon sneered arrogantly in the background. When they did get it, jaws dropped and without fail, they would want to setup a pilot project to see if the technology could work reliably.

You would think that the investors were all excited by the prospects of big deals with industry. They weren't. At least not for long. After a few meetings, Simon changed his mind. He didn't want to sell of license the technology to them, he wanted to take them on and become their competitor. This might seem reasonable until you understand that they would have needed about $20Billion and ten or more years to even become a very minor player in the industry. It was the near equivalent of stating, "Because I'm so smart, I take down ExxonMobil and everyone else with a fraction of the resources they have available."

One of the investors had spent an enormous amount of time on the company. He was the entire reason that the company had a chance. He helped the entrepreneur personally by providing office space within his own business and provided a personal bonus so the entrepreneur could take a vacation with his wife and kids. Later, Simon would call him stupid and tell him to stay out of the way. The developers thought up a design that they felt was superior to the one developed by Simon and solved the remaining technical issues. They presented their findings. He refused to allow the change. They wanted to know why. Simon then fired them all. There are a dozen more stories equally outrageous that occurred during that period, but the sad end was that the company folded, investors lost money and some will never again invest in early stage companies. Despite his posturing, "Courage" tatoos and domain expertise, Simon will never get it.

There are lots of reasons for a start-up not to work. You don't have to look hard to find errors of management and market timing or missteps of strategy. Access to capital is often cited. But founderitis is real and the frequency by which it rears its gruesome rotting head from the steaming cesspool of ignorance, arrogance and greed is truly shocking. And it's more than not funny. Founderitis is the reason that entrepreneur micromanages everything to the point that the whole company grinds to a halt. Founderitis is to blame when the entrepreneur affixes a sky-high valuation to his otherwise very interesting start-up to the point where no one invests ever. Foundertiis is hard at work when the entrepreneur refuses to listen to more experienced advisors despite a current course leading to destruction. Founderitis is at fault when the Ph.D. won't partner with anyone else because it's "his" science and would rather leave it in a drawer than cut others in on the deal or hand over business related functions to a professional.

Founderitis manifests itself in innumerable ways, but the result is generally similar in every case. When founderitis accompanies a life science company and it dies as a result, those medicines, techniques and technologies will not make it to market and people remain sick or worse. Founderitis affects us all because in every industry, there is some technology, product or service that would have made our livest better. Founderitis rips a knife across the throat of opportunity, defiles possibility and buries potential in the soft sand of overblown ego.

If you work for such a diseased individual, I hope you soon find new employment. If you have invested in such an individual, please make sure you don't encourage the behavior by advancing any more funds. If you are this sort of individual, seek help and get out the way of real entrepreneurs.

"Simon" may sound like an extreme and uncommon example or even an exaggeration. It isn't.