Posted by Warren Bergen on Sunday, December 18, 2011 Under: Business
There were nearly 900 people seated at round tables alternating small talk with bites of chicken. The ballroom was glamorous, the chicken was dry and few paid attention to the joke telling emcee. "My wife say that if I don't give up golf, she's going to leave me. I'm really going to miss her! Har har! Isn't that right Barry? Let me tell you about Barry..." 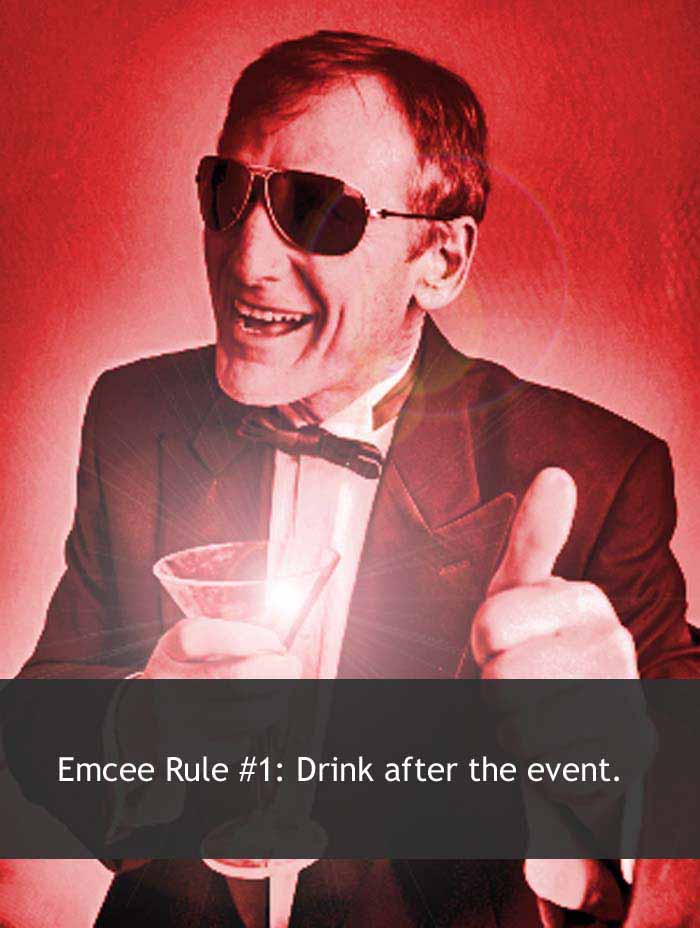 I looked across to the next table at Barry, CEO of a venture I had looked at a few years prior for funding. He had been in a very difficult position at that time and was having trouble finding customers for his products. But things had changed. They had reconfigured the line, offered customers several purchase options and sales were soaring. A customer came in with significant financing and bought the company outright the following year. So that night was a public spotlight on his effort and success as he ambled up to accept his acrylic symbol of recognition. The city annually awarded local business owners as leaders of various categories. It's as good a reason to squeeze into a tuxedo as any and who doesn't like well-dressed drinking?

I was genuinely happy for him. The crowd provided ample applause as his image crossed several giant screens around the room. A video overtook the screens that communicated the technical innovations that had been achieved and the ensuing rapid ascent of the company. The I heard someone just left of me proclaim "I had that same idea two years before he even started the company!" Barry, in his ever-deflective nature, directed attention to his staff as the true winner of the award. He oozed cool in a James Bond kind of way and his recent accumulation of wealth gave him a soft glow. He was given three minutes to tell his story and int that time, he could only touch on the high points. The audience ate up the story of a rocket ride to success. He spoke without pretense and thanked everyone for listening. I didn't hear the last comment he made because I was imagining flipping my tiramisu into the lap of this person to my left.

Perhaps the comment was meant only as a point of conversation, but the way it was said seemed to imply that the real value, celebration and success should be attributed to the idea alone. Worse yet, it also possibly suggested that they ought to be the one on stage, at the microphone and not Barry. Amidst the glitzy affair of cognac overtones, one could be forgiven if lulled into some illusion of a simple line drawn from idea to development to commercialization to success. But what our proclaimer had not witnessed, what very few in the room had seen was the work, risk and worry that went into Barry's journey. And what this person would likely never understand is that great ideas without execution are empty roadside soda cans. For those that make the effort, the can has a nominal return value or the possibility of remanufacturing into something of higher worth, but to most of us whizzing by, it's just clutter.


I had first met Barry at a local technology start-up networking event. His company was interesting, so we kept in touch and he sent me quarterly updates regarding their progress. It wasn't until after nearly a year of getting to know each other that he let his guard down. Things were tough. Making payroll was too frequently becoming an event of stroke-inducing magnitude. We met for coffee one afternoon to discuss options that might be available to him at one particularly dark time in the company's life. His hands trembled as he spoke and his eyes were red as he most likely was having trouble sleeping those days. He wouldn't tell me until much later that when he'd try to sleep, he'd get overrun with stress. He'd wait until his wife was sleeping then go down and watch TV until sitcom babble quieted the noise in his head. His house was on the line, as were his savings and the money he had accepted from family and friends that believed in both Barry and his dream. But, he persevered, made it through and turned it around. His mood and posture were much different at following coffees as things improved. He was often nearly bursting with excitement and enthusiasm. 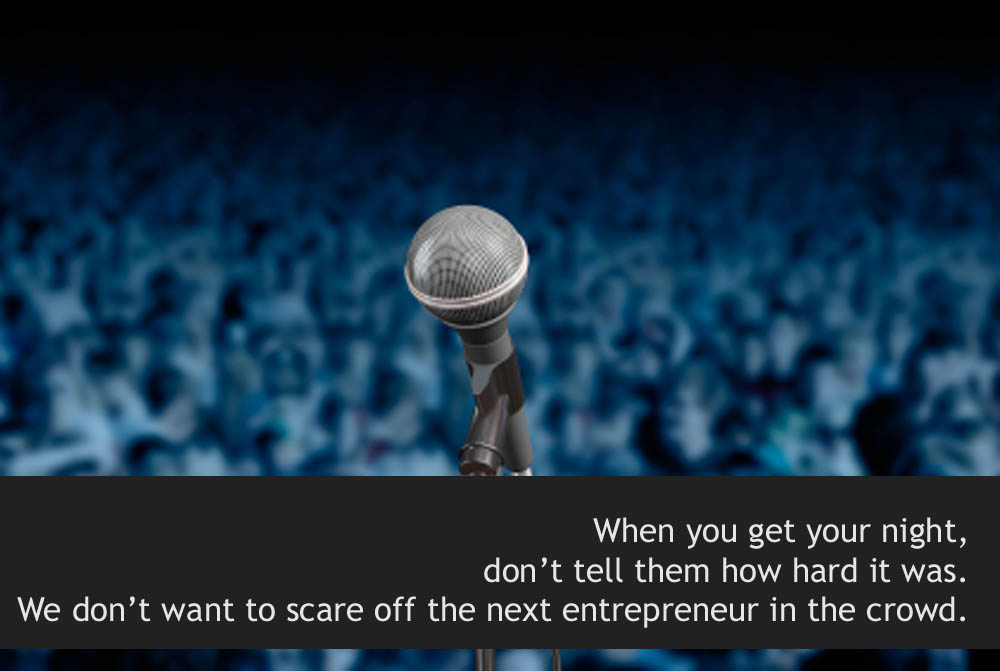 It could very easily have gone wrong as it most often does. Timing of capital, markets, competitors or technical risks or a host of many other elements could have taken him out. Most entrepreneurs are not aware, or at least they ignore the fact that statistically, they are much more likely to fail than succeed. But thank goodness they do not pay heed to these numbers. Without entrepreneurs, nothing would happen, progress would stall and no one would have a job. Without entrepreneurs, we would not find solutions for problems, diseases or better tasting pie.

But that is the trade when an entrepreneur turns the key to start a new company. It might work, it might not. And we need to accept that it won't often work. People who don't understand this simple fact often shake their heads at those who tried but failed. A lot of venture capitalists prefer to back an entrepreneur that has experienced both success and failure, as there are lessons in both. Without the allowance of trying and failing as the normal course of start-up business, many enormous successes would not exist. Henry Ford went broke five times prior to starting the Ford Motor Company. R.H. Macy failed seven times before getting it right with one of our most notable department stores. Walt Disney went through bankruptcy before finding his win. Michael Jordan missed over 9,000 shots in his career, but is that how he will be remembered? Babe Ruth had nearly doubled his homeruns with strikeouts, but quipped "Every strike brings me closer to my next homerun." We don't expect our sports heroes to win every time out, we should give our entrepreneurs the same latitude.  Entrepreneurs have always and will always take risks on ventures that will either succeed or fail and I'm very happy to be in the business of funding them.

Tags: entrepreneur  start-up
« Back to posts